Each individual is unique. Hence, just as the some of us are extroverts who may excel in sales, others are less social and may excel in other roles that require lesser interaction with people. Effective leaders recognize that people are different and that some people can thrive in an environment while others who are equally talented may completely fail in an identical role. Great leaders also know that the right personality can thrive working in direct sales while an unsuited personality, despite perhaps having greater talent, will fail and quickly leave a team.

Most of our readers already know that everyone who has found success in direct sales understands the importance of having a great team and of teamwork. A great team often makes the difference between stellar success and abject failure. Therefore creating the best team possible and motivating its members is paramount for anyone who expects to be successful in direct sales.

We want to share with our readers a few important and useful tips that will help them create the right team which will eventually pave the way for their direct sales team to greater financial success.

Remember, nearly everyone is motivated to earn more money online. To someone in the direct sales industry, this creates an unmissable opportunity. Accomplished leaders in the direct sales industry incentivize team members with cash rewards everytime fresh recruits, recruited by their existing team members, successfully finish working in the team for a period of 60 or 90 days. Monetary incentives motivate existing team members to seek out hard-working individuals whom they know well for the purpose of joining their team which leads eventually to a more cohesive team.  For those working in direct sales marketing, referrals play a vital role and offering a cash bonus to existing members for successful recruits creates a larger more unified team and that also earns well. Our readers should remember a smaller team that consists of exceptional personalities is better than a large team of mediocre ones.

It’s true that everyone is motivated by money, but people also work for a sense of self-worth and self-esteem. So though people are eager to earn money, they also love it when they are recognized for their efforts and talents. This is where a leader plays a crucial role. A good leader of direct sales team recognizes his or her top performers. Successful leaders also schedule and adhere to daily or weekly meetings with all of their team members where sales techniques are discussed and challenges are shared and resolved. At such meetings, top performing team members are often recognized and praised. Readers should remember however that the more liberally praise is accorded the less is its perceived value and hence good leaders are not too liberal giving praise verbally. Good leaders often let their actions speak louder than their words and usually reward top performing team members financially or by assigning them greater responsibilities.

During weekly or daily team meetings, the best leaders set goals for members of their team. They also brainstorm solutions to existing challenges faced by their team and recognize and motivate top performers. By so doing, successful leaders create a new hierarchy of leaders who follow the examples set by existing leaders leading to a more effective and larger team that cohesively works towards shared goals.

Dear readers, in the coming few weeks we are going to share more techniques that are necessary to be successful in direct sales industry and also other techniques that will make you better salespeople. Adieu for today and until we meet again between written words and active imagery. 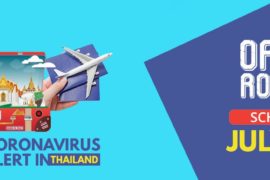 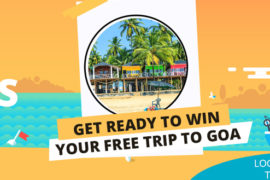 GET READY TO WIN A FREE TRIP TO GOA